You are here: Home1 / Uncategorized2 / Sleepy Tripp and Gary Zarounian 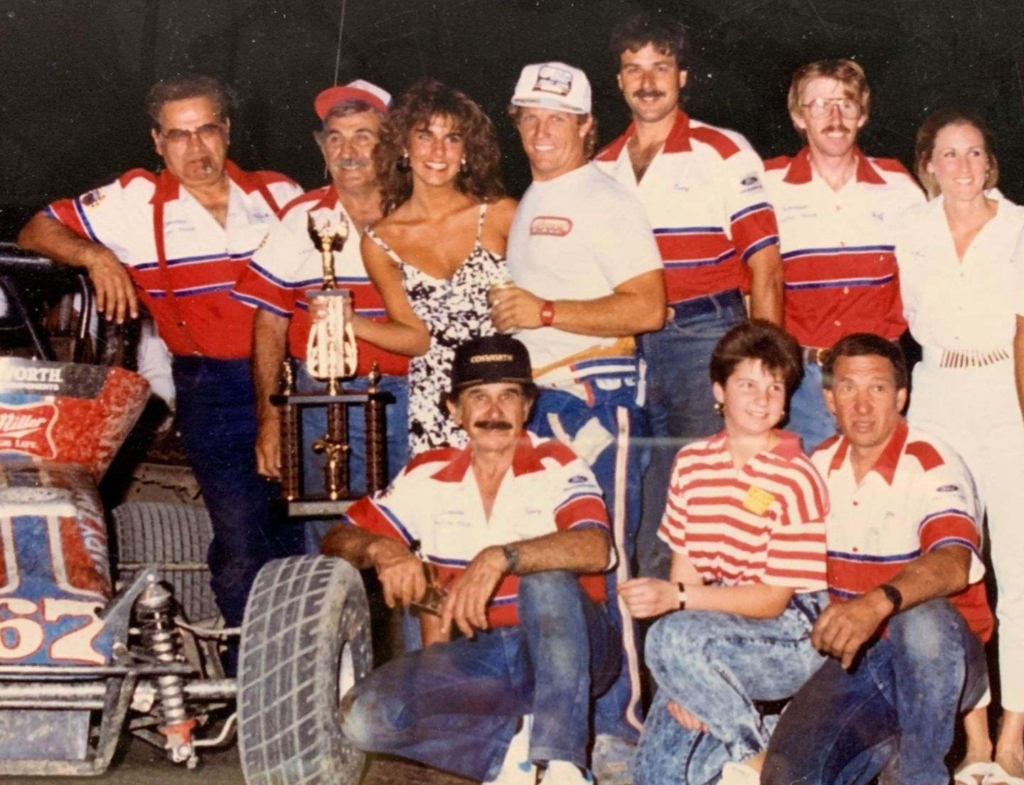 Sleepy Tripp and Gary Zarounian and the whole gang.

Tripp, of Costa Mesa, Calif., scored more USAC Midget victories (total National and Regional) than anyone in history. His total of 161 lists him third on the all-time USAC list behind Rich Vogler (171) and A.J. Foyt (162). The 1986 inductee into the National Midget Auto Racing Hall of Fame won a pair of USAC National Midget titles (1975 and 1976) and seven championships in USAC’s Western Midget Series.

Tripp also earned notoriety with his exploits in New Zealand, which resulted in numerous major race victories and championships, including an amazing nine wins in the prestigious 50-Lap Classic at Auckland. In 1985 and 1987, he also won the prestigious Belleville Midget Nationals in Kansas. In addition to his United States and New Zealand successes, his career also included victories in Australia and Canada.

Zarounian, of Visalia, Calif., whose family built car dealerships in central California, immersed himself in not only auto racing but also in numerous business ventures. The Zarounian team hired the best drivers in the business and their success was immense. In addition to eight USAC Silver Crown victories and 11 in the USAC National Midget wars, they fielded cars for drivers like Tripp.

The 2019 edition of the Turkey Night Grand Prix begins Wednesday, November 27 and closes out on Thursday, November 28, the 98-lap main event for the USAC NOS Energy Drink National and Western States Midgets. Also in action both nights are the USAC West Coast and VRA 360 Sprint Cars, who’ll clash in special non-point races and the finale of the ARP Battle of the Beach mini-series.

Advance tickets for the Turkey Night Grand Prix are available online through www.venturaraceway.com or by calling (805) 648-7223. Ventura Raceway is located on the Ventura County Fairgrounds at 10 West Harbor Blvd. in Ventura, California.

We are excited to announce that we are selling laps for the 79th Annual Turkey Night Grand Prix, being held at Ventura Raceway. You can purchase laps for BOTH the Sprint Car and the Midget Main Event. These are being held on Thursday, November 28th! You can purchase a lap for $100. That money will go directly to the 1st place ($50), 2nd place ($30) and 3rd place ($20) drivers for each lap during their main event.

You don’t want to miss this opportunity to sponsor a lap for your business, your favorite driver’s car number or in memory of someone who was very important to this sport! 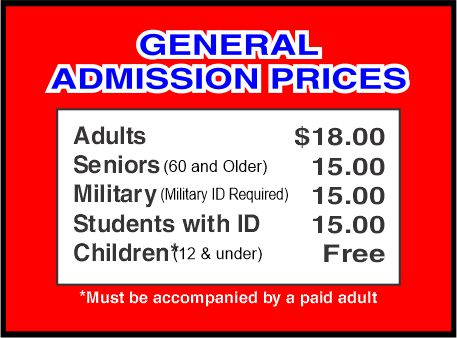 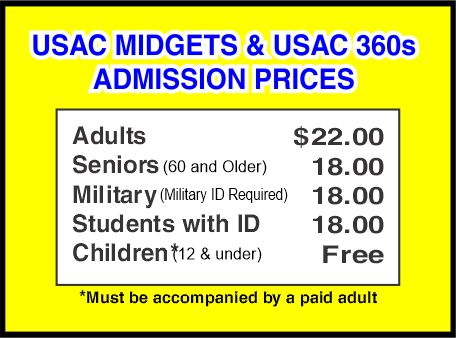 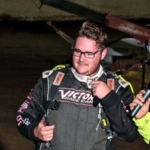 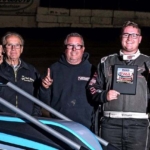